The Importance of Security on the Future’s Wearable Tech

Comments Off on The Importance of Security on the Future’s Wearable Tech
Posted by azpcnet on March 23, 2015 @ 3:00 pm 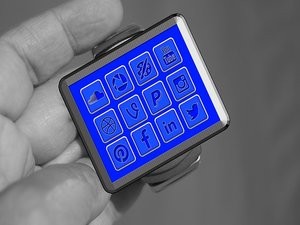 Like them or not, wearables are coming. Sales projections have them reaching as high as 130 million units across all types of wearable devices by 2018. The problem is that with wearables come some serious security risks that towers above anything we’ve seen so far.

A New Type of Risk

Right now, in today’s world, the headline-making risk is financial. Hackers love stealing credit card data, and most of the high profile hacks have been against credit card companies in recent years, but that’s changing. If you narrow your window and look back over the last several months, you’ll see that health care companies have been targeted too, and with increasing frequency. The reason? Health care data are more valuable. As much as ten to twenty times more valuable.

The reason that matters is that one of the major selling points of wearables is their ability to measure, track, and record basic and vital health care information on the people wearing them. An Apple watch can track calories burned, heart rate, blood oxygen levels, and a whole host of other very telling data.

Doctors love this. It gives them a level of access and a window into the health, well-being, and lifestyles of their patients that they’ve simply never had before. This in turn, opens up whole new avenues of treatment that couldn’t have existed prior to this technology. With such a personal, intimate view of their patients and what’s going on inside their bodies, it becomes orders of magnitude easier to spot and correct problems while they’re still small. In a nutshell, it means that health care has just taken a giant leap forward.

Consider though, the risks to which these new data open the door. All of these wearable devices recording sensitive data, wirelessly transmitting it back to their doctor’s office for evaluation. Given the value of health care data, that’s too tempting a target to resist.

We also know that most of the objects that make up Cisco’s “Internet of Everything” are completely unsecured. Any hacker with even an ounce of talent can break into those devices and take them over. There’s been little gain in that thus far – there’s not much value in the data that a smart refrigerator tracks, for example, but as we begin to tie these devices more intimately to us, the value of the data they collect increases exponentially.

This is the reason that security on these devices will be of paramount importance if they are to gain the widespread acceptance that most pundits are predicting. If careful attention is not paid to security, then it will create an indelible stain on the market for wearables that will take years to come out, if it ever does.

Of course, the manufacturers of these devices are fully aware of these facts and are taking great pains to ensure the security of the data they collect. Even so, we know that no fortresses is unassailable. Any security system can be breached, given sufficient time and motivation.